The pizza with the 254 assortments of cheese weighs one kilogram and costs more than 1,000 euros, Știri.md reports with reference to Tvr.ro.

Pizza made in a pizzeria in France by Benoit Bruel was officially certified on Monday by the Book of Records, writes Corriere della Sera.

Taken out of the oven in Lyon on February 22 last year by Benoit Bruel, the pizza broke the previous record, held by chef Johnny di Francesco from a restaurant in Australia, who had prepared a pizza using 154 assortments of cheese.

The pizza with the 254 assortments of cheese was made in 2 and a half hours, exclusively from French products: from brie to roquefort to chèvre and beaufort and many others, all in small doses.

The result was an explosive mixture of flavors, not recommended for those with cholesterol problems.

Because each packet of cheese cost an average of four euros, the total cost of the pizza exceeded 1,000 euros, but those who participated in its preparation enjoyed a slice at an exclusive price of less than 50 euros.

"People think this pizza is disgusting, but it's wrong. It is made for more people, who can taste little and it is enough. It's perfect for an aperitif, "said Benoit Bruel. 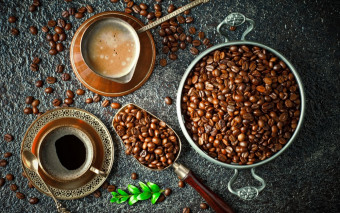 Transparent coffee was invented. How much does the drink cost?
Read more + 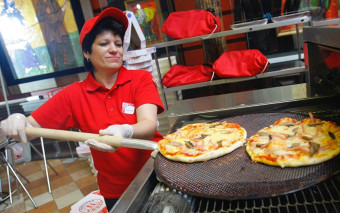 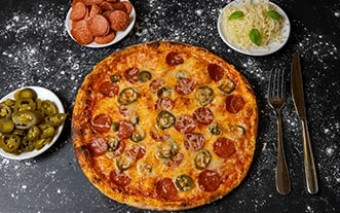